Dash Next & Cryptorefills Recap on the 30% Dash Redeem Campaign - CryptoRefills 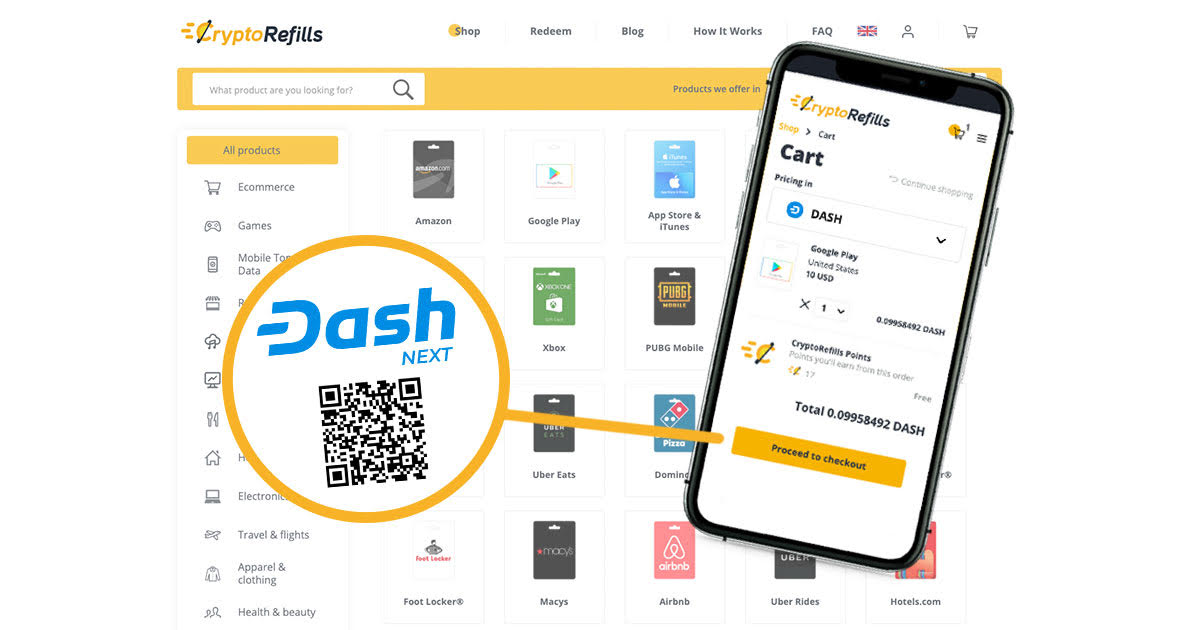 Dash Next & Cryptorefills Recap on the 30% Dash Redeem Campaign

CryptoRefills confirms that Dash payments have seen a strong growth especially during the second half of 2020, thanks to the campaign.

It was an incredible year, with exponential growth in these past months. A special partnership between #DashNext& #CryptoRefills allowed users who redeemed Dash for CryptoRefills loyalty points to gain 30% more value during the campaign. This was beneficial for the community as current Dash users got a better deal and users of other cryptocurrencies were more incentivized to test the speed and reliability of paying with Dash.

Roughly one-third of all redeems were for Dash. This is a great result if we consider that not all of these redeemers paid with Dash originally. Furthermore, many redeemers, for their further purchases, paid on CryptoRefills with Dash after redeeming Dash the first time.

CryptoRefills confirms that Dash payments have seen a strong growth especially during H2 2020, thanks to the campaign, and due to the need of users to make fast and cheap transactions. CryptoRefills CEO, Massimiliano Silenzi, says: “We registered an 8X growth of Dash transactions over the last 12 months. Currently Dash is one of the fastest and cheapest payment options we offer and is ideal for small and repetitive purchases“.

Dash and Lightning are the two fastest ways for paying on CryptoRefills. So we highly recommend trying them out!

CryptoRefills is on a mission to enable people all over the world to spend bitcoin and other cryptocurrency for their everyday needs. With CryptoRefills users can pay with Bitcoin, Litecoin and Dash to top up their mobile credit and buy gift cards for the world’s largest digital and retail brands.

CryptoRefills, is a fast-growing fintech company, headquartered in Amsterdam, with a local presence in Milano and Istanbul.

How to Lower Transaction Fees at CryptoRefills